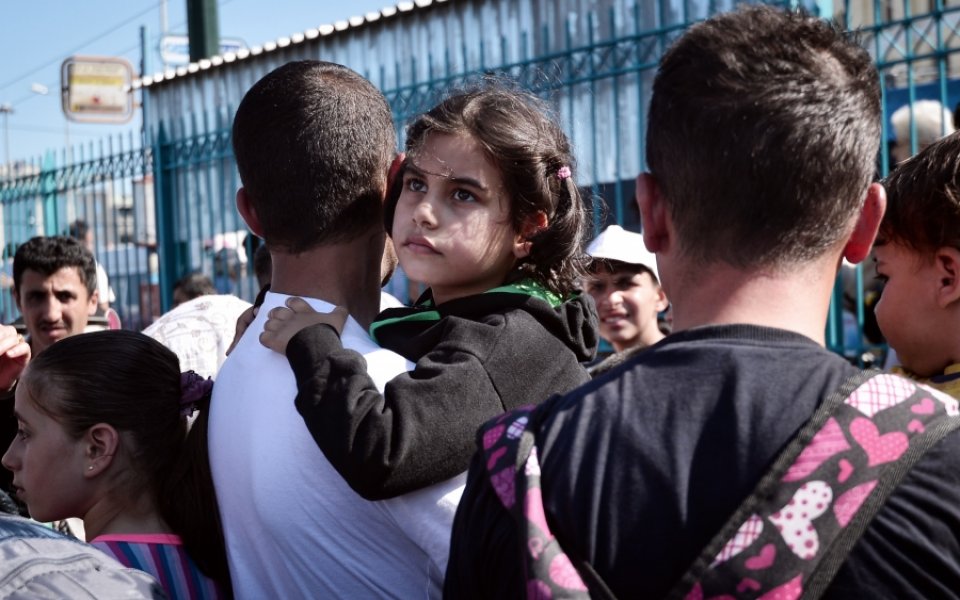 Spending a day with refugees from war, poverty and discrimination should be a requirement for citizens of a civilised democratic society.

Thousands arrive daily at Italian and Greek shores. Some drown before they arrive, while others die in traffickers’ sardine-can lorries. For those who do make it through, there's tear-gas, attacks and potential detention.

But however horrific the stories, they are nothing like confronting the reality of uprooted, desperate people, face-to-face.

Armed with provisions and a camera, I joined a group of Greek volunteers distributing clothes, biscuits, fruit and water to the withdrawn, disoriented figures, most recently arrived in Athens. Humbled, I knew immediately I could not take pictures. It would feel like taking advantage.

Trying to overcome the guilt of the fleeting tourist stepping through a human tragedy, I carried on distributing food before finding the courage to talk to two Afghani women, sitting on a low wall by the roadside. One spoke good English.

“People think that women have a life since the war with the Taliban”, she said. “It’s not true. Maybe in Kabul, some women have positions, for show. But a woman can get killed in Afghanistan for expressing an opinion publicly, and nobody bothers. I have a brain. I want to be free.”

I asked if she felt free now. “Freer”, she said forcing a smile, “freer, safer, and I have hope now.”  They’d travelled on foot for hundreds of miles, mostly at night, hiding during the day, finally paying Turkish boatmen every last coin to ferry them across to the nearest Greek island, then on to the capital. Where to next? No idea.

There are more purpose-refurbished, converted empty government buildings in Athens nowadays for sheltering arriving migrants, but numbers are too high and the city centre is buzzing with people trying to find their bearings, make connections, seek shade from the scorching heat, sleeping rough. A young man, who could have passed for Greek, approached me. He was Syrian.

“I am not a beggar”, he said. “I am a dental technician. My street was bombed; home, car, life, all flattened. No protection for Christian Syrians now; it’s worse than before. I can work. I am not afraid. I just want a chance”.

We hear of migrant numbers, quotas, borders, strategies. These people are real; not an alien species invading. They are everyday people, with wants and skills, and it is only the artificial labels we give to ourselves and to them that make them different. They want to contribute, to share, to live among us.

Our lands in Europe are not as crowded as some people make out. There is a place in the sun for everyone.